Q: Your least favourite item from a book box?
Q: A yellow book on your shelves?
Q: What do you think of April's Illumicrate?
Q: Do you like bees?
On Wednesdays we read pink!
Q: Have you finished any books yet this month?
Q: Your favourite genre?
Q: An uncommon colour on your shelves?
Q: The last audiobook you listened to?

The Clocks is the 37th book in the Poirot series, but you don’t need to read them in order. Thankfully because I don’t have all the prior 36 books! I’ve been grabbing Christie’s works from charity shops as and when I spot them and this was the last one I owned that I hadn’t read yet. As always I sped through the book and I really enjoyed it! 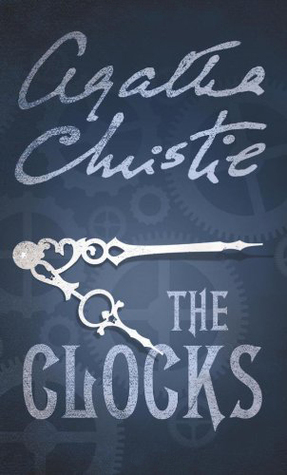 I read this book for the fuck ageism prompt for the Fuckathon hosted by the amazing Noria at Noria reads. Poirot is over 60 in the first book of the series, so I think I’m pretty safe in assuming he’s an older main character and because I always speed through these books it was a great choice for a readathon!

These later Poirot books don’t involve Poirot straight away, they start out following the other characters within the crime and the story. I really enjoy this story style, as we get to learn more about all of these individuals and I personally became more invested in the story and in the character arcs.

For this story we follow a young man who is drawn into an investigation of a murder carried out in a blind woman’s house. Not only has this murder been committed but clocks that were not there previously have been left around the room. But the owner of the house has no way of knowing they’re there. She can’t see them.

As always with Christie’s Poirot tales there are other undercurrents running along in the background and I really enjoyed how these accumulated into one main story and how the threads tangled together.

Unsurprisingly this was another wonderful work by Agatha Christie, I gave it 4/5 stars and my only negative is that I don’t have any more of her books on hand to read! I’m looking forward to post-lockdown when I can peruse charity shop shelves and look for secondhand books again!

6 thoughts on “The Clocks by Agatha Christie, a review”