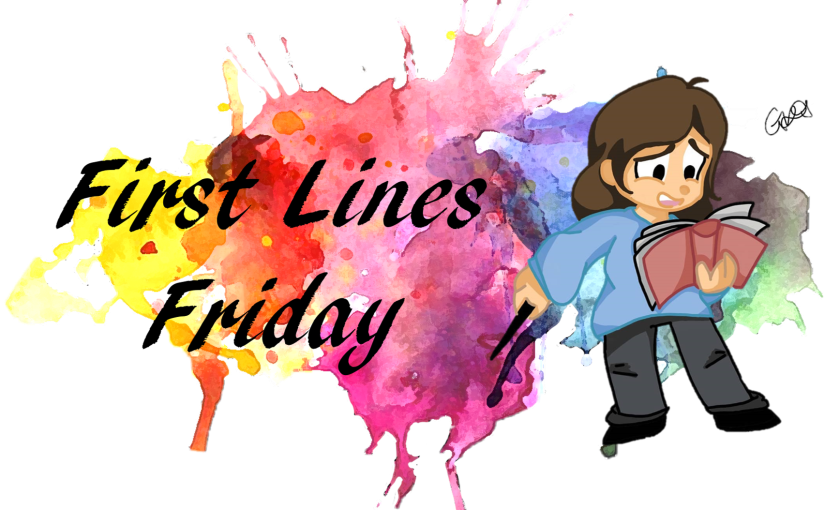 So I usually post on Thursdays, but I keep reading and loving the first line Friday posts from Lisa’s Books Gems and Tarot (which is hosted by Wandering Words) so I’ve decided to take part! I’m sure you’ll forgive me for not posting on a Thursday!

What if, instead of judging a book by its cover or its author, we judged the book by its opening lines?

Here is how it works:

– Pick a book and open to the first page.

– Copy the first few lines without revealing which book it is.

So… do these first lines entice you?

Nobody knew what made the three of them from Iona Crescent up and walk out of the world. The rumours were different, depending on who you spoke to. Accident, attack – nobody could say for sure, except for Mae Frost and her brother, Rossa. They were there when it all happened, but they were sworn to silence in the way so many survivors of horror are: their tongues held by something beyond their control. Mae wasn’t sure she’d ever be able to say any of it out loud, even if she was asked. That second summer, away up in the hinterlands where the suburbs kissed the mountains, had stolen the words from her. The language that matched her confession was lost.

Scroll down to reveal the book!

I am so excited to read another book from this author, I adored how she made me feel in Spare and Found Parts and the concept of this book sounds amazing!! Have you read this? Tell me what you thought!